Indian TV actress in Bikini, Amazed? Me too. Indian TV serial female characters are known for their traditional Indian dress. A typical TV actress is known for decent sharee, Kurtis, and salwar with tons of makeup and heavy jewelry. But, came the situation when they refuse to play the so-called aunty-bhavi character and came up with all new bold avatar.

She was spotted in her all-new bold bikini avatar in Maxim India magazine. Prior she played lots of saas-bahu character and was followed by millions of Indian house women as their role model.

Winner of Miss Bhopal title in 2007, A model and TV actress shocked us with her seductress avatar. Sara was known for her shy character in TV serial “Sapna Babul Ka…Bidaai“. 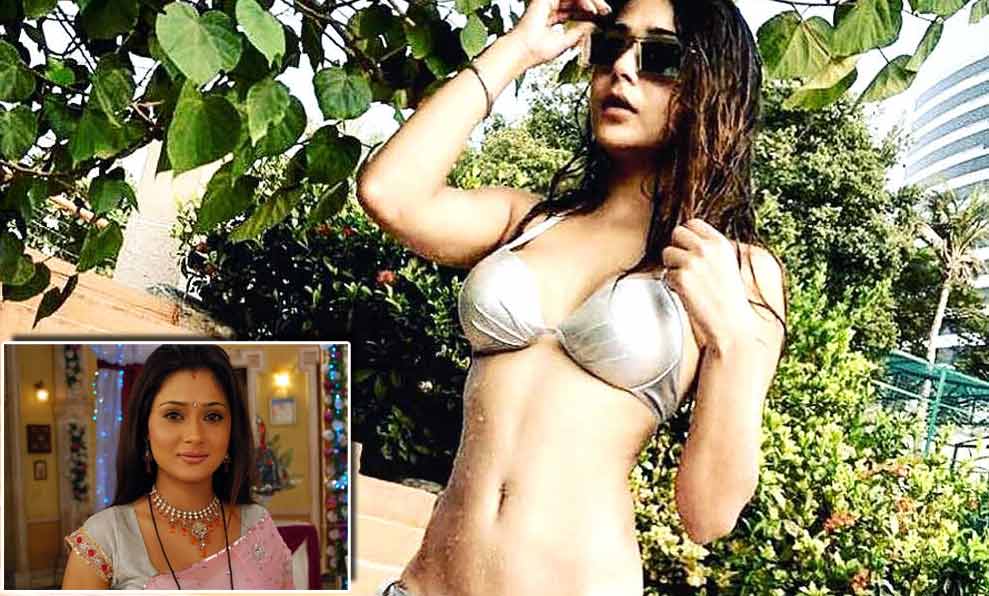 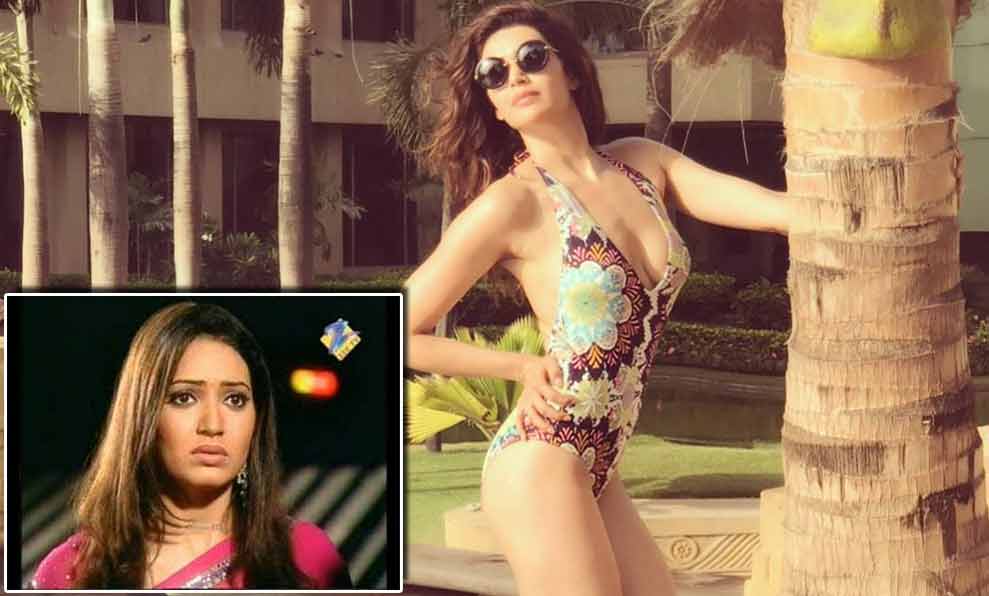 A complete saas-bahu drama serial which ruled the Indian television for more than a decade. Karishma Tanna is got her stardom from the serial as a shy character “Indu“. Tanna played a bold and sexy role in Bollywood with Sunny Leone.

If you are from India, you must be familiar with the character of a Haryanvi police officer ” Chandramukhi Chautala” in comic series “FIR”.

Multi-talented and bold Kavita debut on screen with the film “‘Lollipop Since 1947“. Kaushik was seen in Kahaani Ghar Ghar Kii, portraying the role of Manya Doshi. 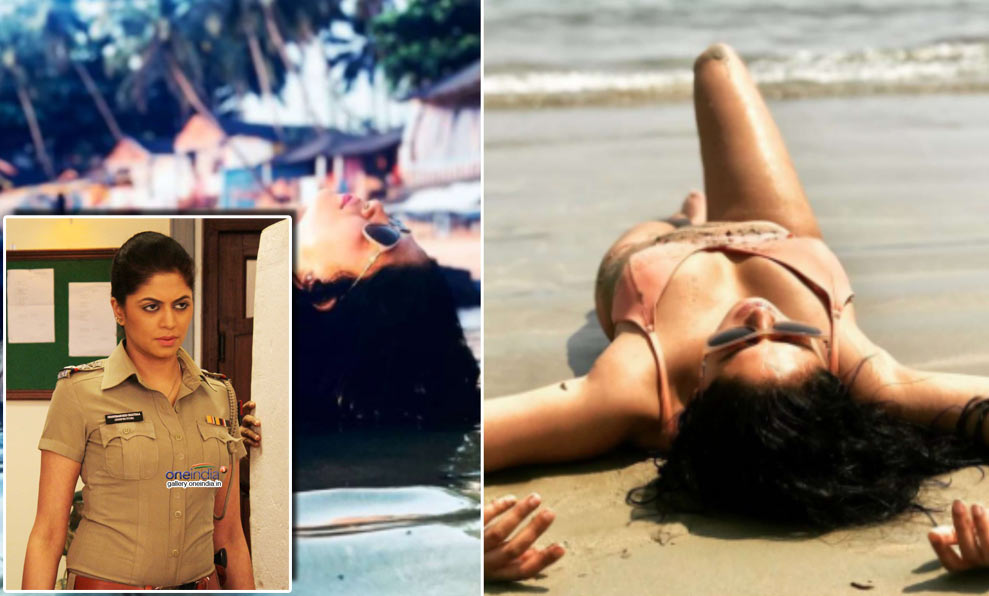 Supremely talented Roshni Chopra has done it all from starring in a serious role in ‘Kasam Se’ to comic show ‘Comedy Circus’. She is a fitness freak and mostly shows her bold and glamorous side.

Born on 2 November 1980, is well known for playing the role of Pia one of the three female leads and the younger sister of protagonist Bani Walia in “Kasamh Se” on Zee TV. 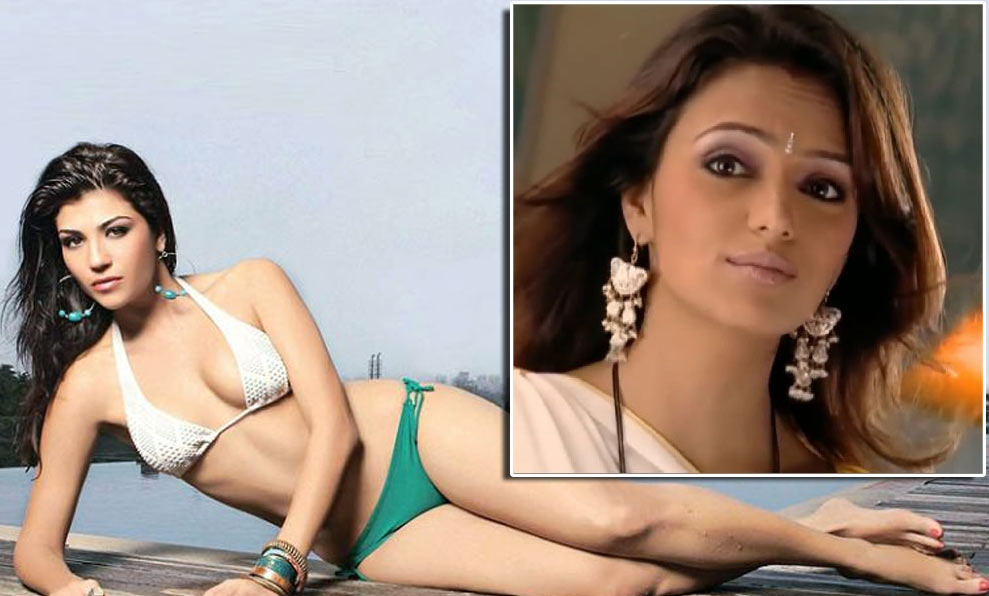 Chopra also starred in Vikram Bhatt’s film, “Phhir”, released on 12 August 2012. She is also well known Indian tv actress in bikini avatar. She is easily spotted in parties with her hot and bold avatar.

Famous TV actress Sangeeta Ghosh was at the peak of her career when she was starred in Des Mein Niklla Hoga Chand. She plays the famous role of “Pammi” in the serial. 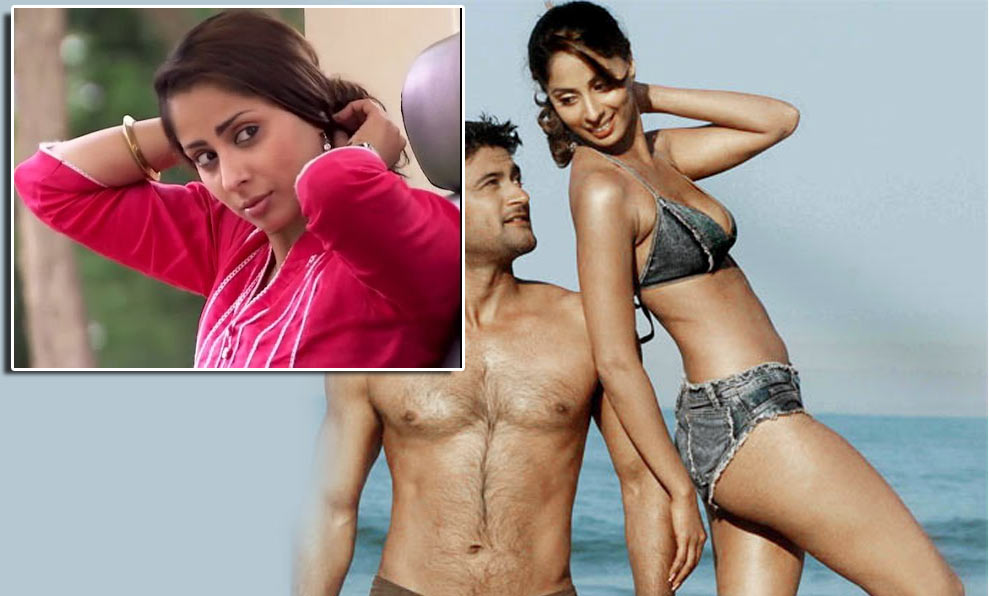 Born on 18 August 1976, Ghosh is a Model, actress, dancer, and television presenter. She has done a lot of modeling for brands like Donear Suitings and Nirma. Watching this TV actress in Bikini was really amazing and shocking.

An actress, Dancer, Model Chawla came to the limelight with her famous character of “Charu” in her debut daily soap “Kahin To Hoga“. She also appeared in Indian TV serial “Kasautii Zindagi Kay” in 2004. 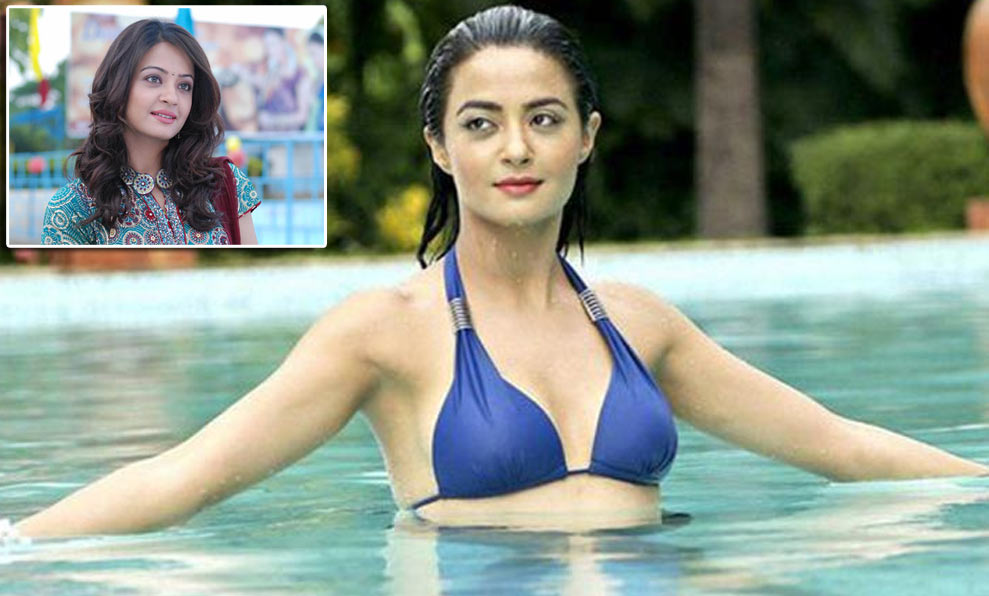 Born on 1 August 1984, Chawla hosted the television “show Comedy Circus Ke SuperStars“. Then she made her film debut with the Kannada film “Paramesha Panwala”. In 2011, she appeared in the Punjabi film “Dharti” which was released in April 2011.

Well known for her character in the TV Serial “Yeh Hai Mohabbatein” as a sophisticated role of “Shagun“, Anita is the most popular actress in the industry. Anita is famous for showing up now and then in her Bikini Avatar. She has also appeared in  Telugu, Hindi, Kannada, Tamil and Punjabi films. 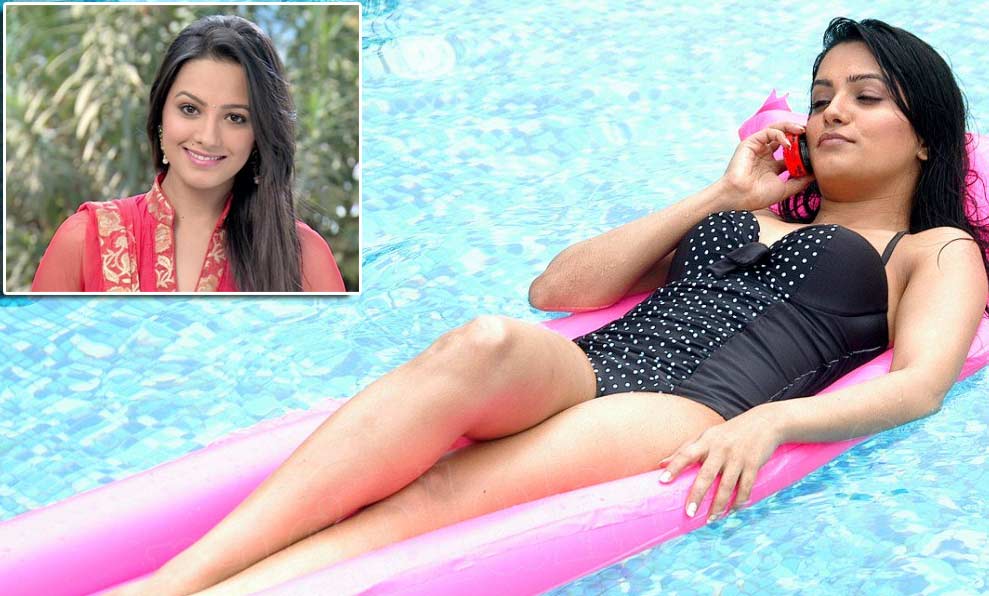 Debut from Indian daytime soap “Kabhii Sautan Kabhii Sahelii” She has also appeared as a model for EverYuth, Sunsilk, Boroplus and other brands.

Born on 14 April 1981 in Mumbai, Anita is the hottest Indian TV actress in bikini.

She started her career as a model for a television commercial for  Fair & Lovely. Well trained Bharat Natyam Dance and a commerce graduate, Bole was born on 30 October 1983 in Mumbai. 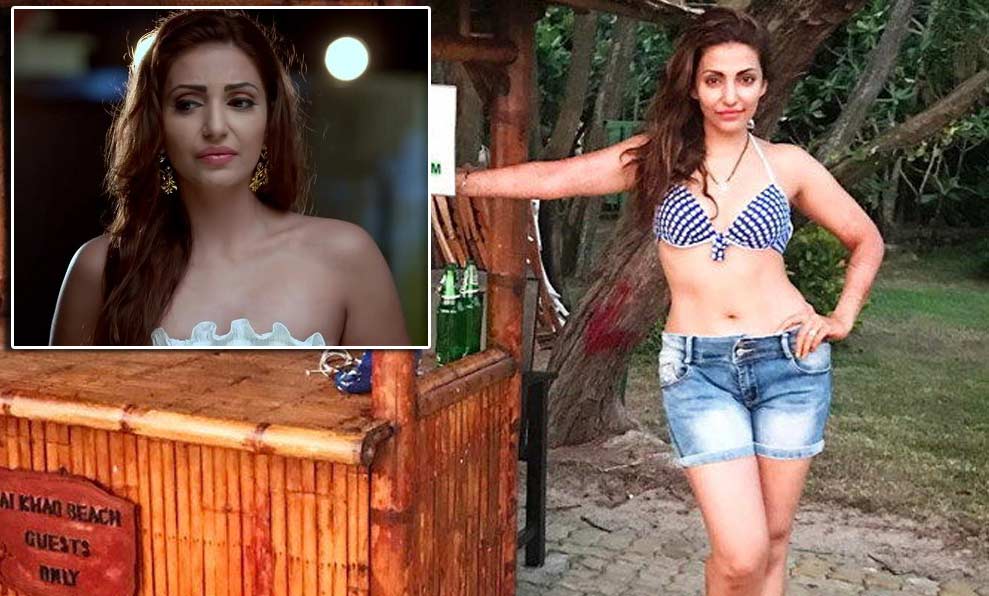 She has played a memorable role in more than 20 TV serials which are listed as follow:

The biggest ever TV celebrity Shweta Tiwari rose to fame with her famous serial ‘Kasautii Zindagii Kay’. She even won the reality show. She is truly a versatile actress.

Born on 4 October 1980, Tiwari was married to actor Raja Choudhary. She is well known for her bold appearance in Hindi film “Madhoshi”  as “Tabbasum” 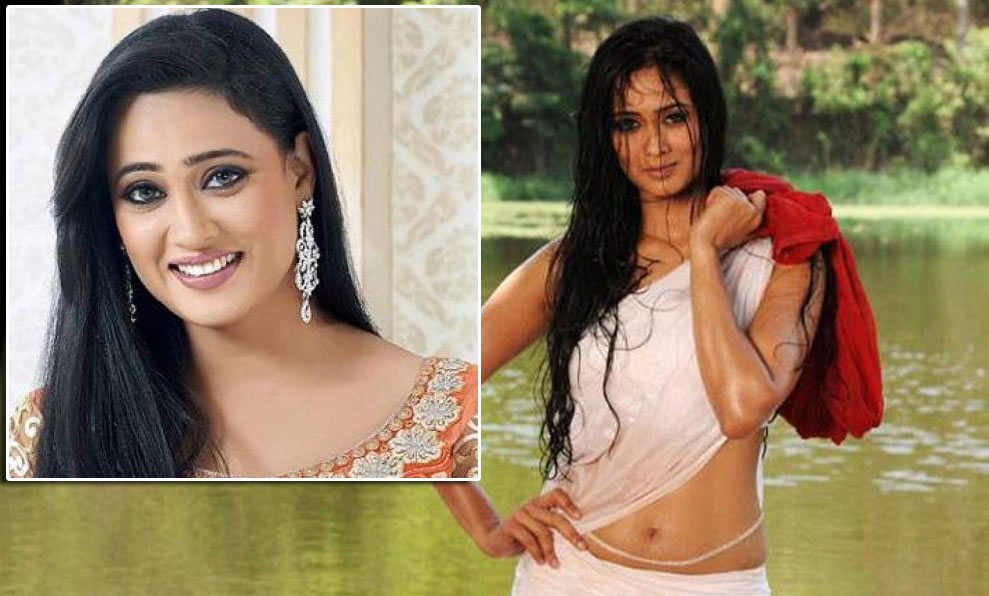 Hina Khan also knows as Akshara for Indian Women. A lead character from popular TV serial “Yeh Rishta Kya Kehlata Hai“. This Indian TV actress was spotted in a bikini which made it through headlines.

Born on 2 October 1987 in Srinagar, Khan made her television debut in 2009. Fear Factor: Khatron ke Khiladi session 8 winner, enters Big Boss 11 house as celebrity contestant where she was in headlines for the fight with Shilpa Shinde the “Bhavi Jee Ghar Per Hain“ fame. 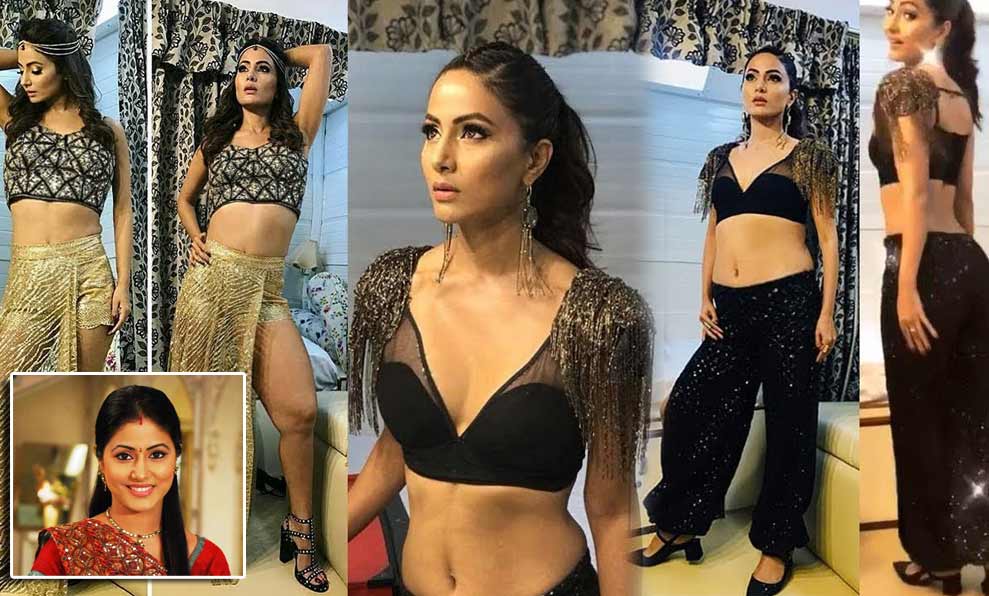 A versatile Indian TV actress in bikini will give you chill. You can follow her on instagram. 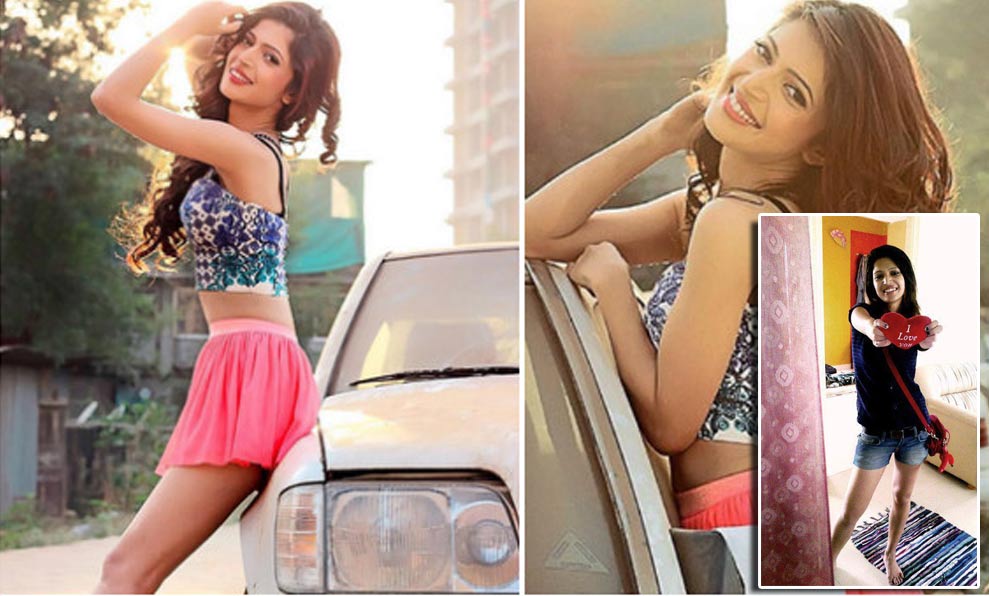 Chauhan played the role of “Zara” in a Short Film “The Lover Bites”. You can see this Indian TV actress in bikini in the movies.

10 most beautiful kids around the world 2018

Born on 10 January 1985, Dhami is an Indian actress, model, and dancer. Debut as “Muskaan” in popular TV serial “Dill Mill Gayye”. Drishti tasted her stardom with her popular role of “Geet” in Geet Hui Sabse Parayi”. 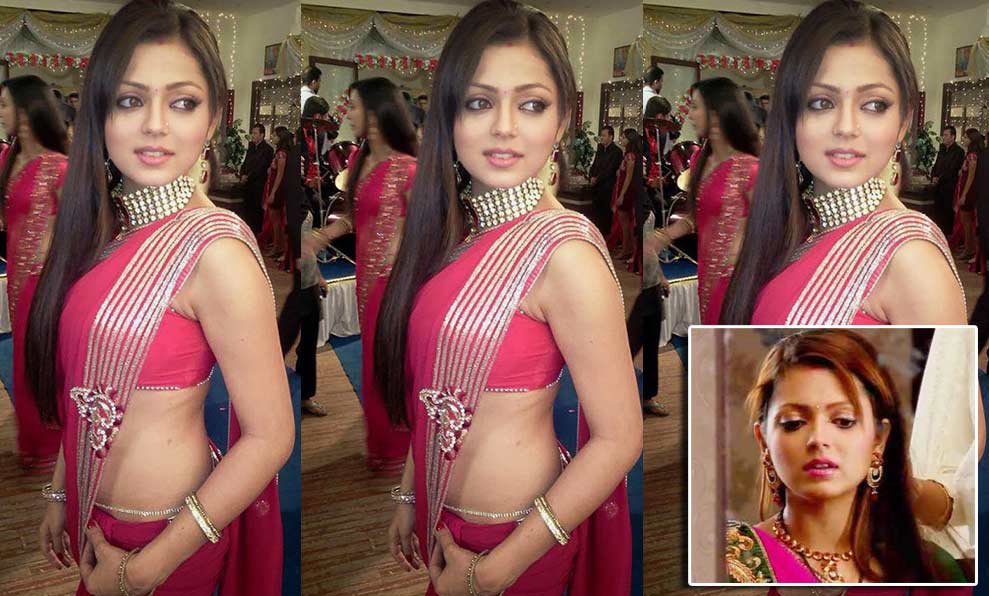 Born in the Gujrati family in Mumbai. Dhami, began her career in modeling with print and television advertisements before debuting in the entertainment industry with her appearance in the music video for “Saiyyan Dil Mein Aana Re” followed by “Humko Aaj Kal Hai” 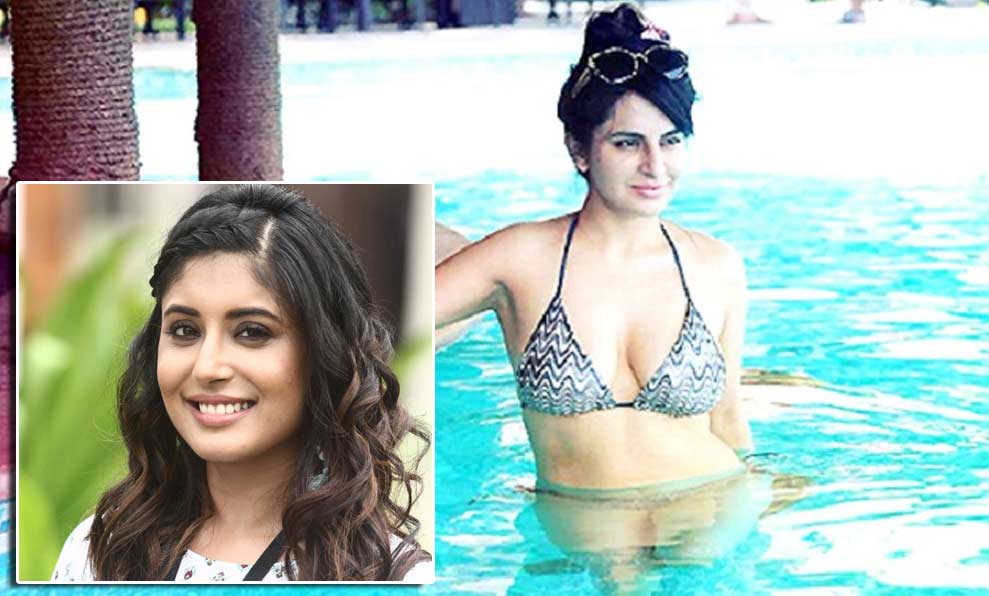 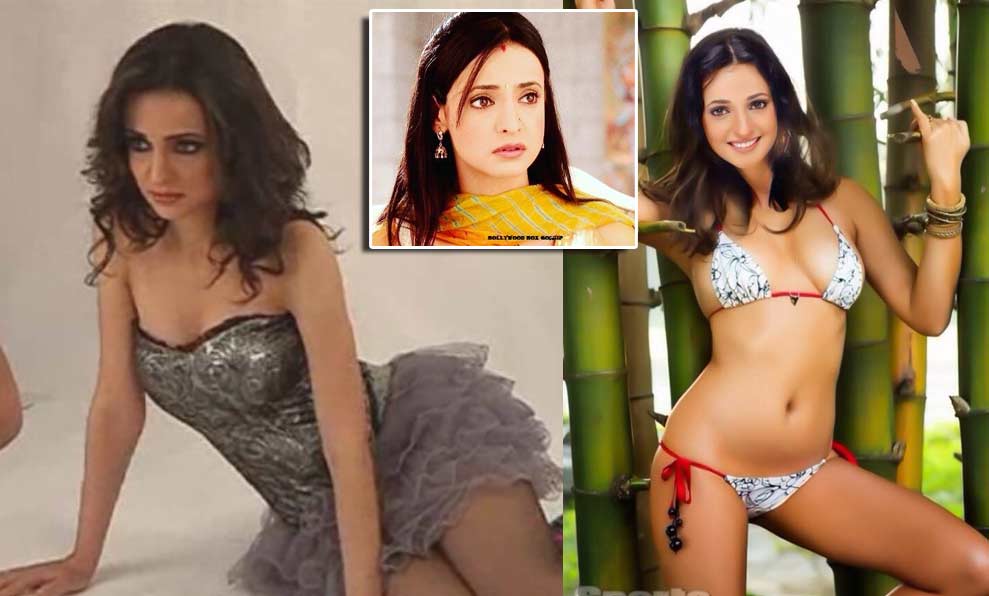 Check Out the Most Shocking Bikini Avatar of Bollywood Actress
These are Name of Indian CEO of major Tech firms including Google and Nokia
10 biggest failure of Google, Apple, Microsoft’s and others
List of Top Richest Indian Celebrity 2018 Forbes