A malicious Software program formally called ‘Malware’, once executed,  start replicating itself to modify other computer program and injects its own code, once executed. It is reported that these computer viruses have caused more than billions of dollars loss this year.

Most computer viruses are designed to target computers running Microsoft’s Windows. Using the most sophisticated and complex and hard to detect through most of the Anti-virus software.

However, the term “Virus” is erroneously used to refer to some other types of malware. Such as computer “worms, spyware, adware, trojan horses, “, ransomware,  keyloggers, malicious Browser Helper Object (BHOs) , rootkits, bootkits, and other malicious software.

In this article, we have collected the top 5 dangerous Viruses ever created on the basis of the loss they caused and the complicity of the design.

Top 5 dangerous Viruses ever created-Based on the loss caused 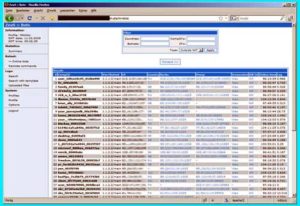 This Trojan Horse virus was first identified in 2009, It compromised the majority of FTP(File Transfer Protocol) and PCs from huge MNCs. 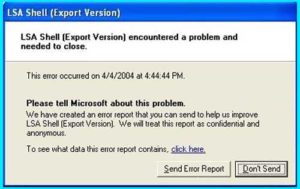 Windows worm was created by a Computer Science Graduate, Sven Jaschan, he is also known for creating the Netsky worm. Sasser Was discovered in 2004, the worm was created to slow down the victim’s computer running Windows.

The effects were incredibly disruptive, with millions of computers being infected, and important, critical infrastructure affected. 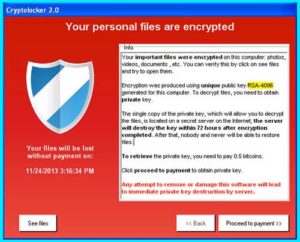 A form of Trojan horse ransomware, targeted computers running Windows. It uses several methods to spread itself, such as email, and once a computer is infected, it will proceed to encrypt certain files on the hard drive and any mounted storage connected to it with RSA public-key cryptography.

The only way to unlock the files is to pay a ransom by a deadline. If the deadline is not met, the ransom will increase significantly or the decryption keys deleted. The ransom usually amounts to $400 in prepaid cash or bitcoin. 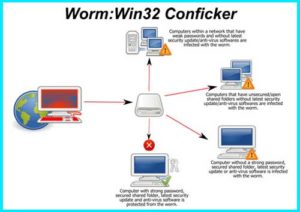 Conficker also known as Downup or Downadup, a worm with unknown authors created to attack Windows was appeared first in 2008. Conficker infected computers using flaws in the OS to create a botnet.

The Malware infected more than 9 billion computers around the globe. Conficker is one of the most known largest worm ever identified

I LOVE YOU virus, considered one of the most virulent computer viruses ever created and it’s not hard to see why. This caused huge wreck havoc on computer systems all over the world, a total estimated loss of $10 Billion.

Almost 20% of the World internet was infected. The government was provoked to take their mailing system offline for the prevention of infection.

In 1985 Fred Cohen coined the name Virus a misnomer. Accruing the victim hard disk, or CPU(Central Processing Unit), Attempting private data, Corrupting data, spamming, fishing, logging the keystrokes are the main performance of these viruses.In this Article we have collected top 5 dangerous Viruses ever created on the basis of the loss they caused and the complicity of the design.