Do you remember the epic scene from the movie “The Amazing Spiderman” when there is a musical war going on in the background an a librarian is busy with books  Unaware of the war and listening the music wearing the headphones.

The Lizard Man Dr. curt Connors is have an intense fight with “Spidey” the Spider Man and the person who is working in foreground wearing headphones is actually the God, The Mother the creator of all the characters in the movies. Sweet, Simple and innocent Late “Stanley Martin Lieber“ or “Stan Lee”.

If you are a Marvel Fan the you must be aware of the death of this legendary person who introduced us to the new dimension of cinema by creating “Marvel Cinematic Universe“ and its character.

Stan Lee is well known and famous for his appearance in all his movies from “The Iron Man” to “Untitled Avengers film 2019” He also had cameos in non-Marvel films.

Here we have listed all the movies when The Stan Lee has amazed Marvel Fans from his chameo appearance.

List of Movies When Stan Lee has played a cameo Appearances

In Iron man Stan Lee appeared as a bad ass old man surrounded with three beautiful blondes at a party when “Tony Stark”- The “Iron man”   simply greets Lee as “Hef” and moves on. 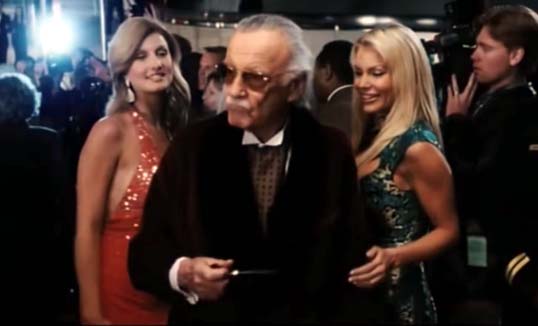 Stan Lee made his appearance in another big hit from “Marvel Cinema“. A hapless citizen who takes the drink out of fridge and drinks it, which is actually infected with blood of Bruce Banner the “Hulk”

In  Iron Man 2, sequel of Iron Man 1, Stan Lee appeared as “Larry King” He is wearing a suspender and a red shirt and black purple, He was actually greeted my Tony Stark as “Larry King”. 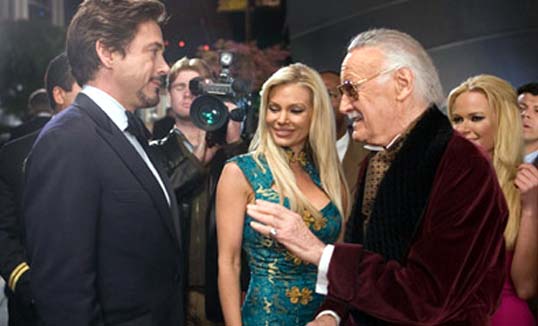 Lee made his cameo in Thor, where Thor’s Hammer “Mjolnir” is landed on earth and everyone surrounding the hammer are trying to pick the hammer. Lee comes with an amazing idea who decides to tie the either end of Thor’s Hammer to his truck and drag it. Eventually ended up tearing bed of his truck and ask the person standing “Did it Worked” was the most amazing dialogue to make audience laugh.

Lee plays a general in World War II who mistakes another man for Captain America/Steve Rogers, commenting, “I thought he’d be taller.” Lee had nothing to do with the basic creation of the title character. However, Lee began his writing career in the character’s original series where he created the idea of Captain America using his shield as a throwing weapon.

Stan Lee plays a character of interviewer who answer Avangers about Saving Manhattan. He Actually has a dialogue in the movie “Superheroes in New York? Give me a break”

Lee is playing a judge who is happy to give a big 10 points to the winner of the fight.

A mental ward patient who lends his shoe to “Erik Selvig” to demonstrate it as “the Convergence”.When Selvig finishes and asks if anyone has questions, Lee says, “Yeah, can I have my shoe back”

Lee says “Oh man, I am so fired.” When he finds that Captain America stoles his own uniform from World War II from the exhibition. Stan is Playing a character of security guard  at the Smithsonian Institution

Lee appears as an elderly gentleman having a conversation with a significantly younger woman. Rocket, viewing him through a scanning device, dismisses him as part of what he saw was wrong with the planet Xandar.

A World War II veteran at the ‘Avengers’ victory party. Lee claims he fought at Omaha Beach and that it proves he can handle a shot of Asgardian liquor from Thor, but is then carried away drunk, muttering his catchphrase, “Excelsior.”

Stan Lee plays a character of a bartender who is explaining a story about how falcon was looking for Scott Lang(Ant Man). His character encouraging Luis’s cousin, and the informer of the story.