Call recording is a must have feature now a days. It not only helps you to keep an record of all your conversation but some times it can be produced as a major evidence in case of any crime against you.

But today we are going to take the call recording to next level and shall discuss about recording WhatsApp Video and Voice Call On Android and iOS.

There are several method to record the WhatsApp Video and Voice Call On Android and iOS. The most popular and traditional method is to use a screen recording application.

How to hide WhatsApp Images and videos from Gallery
Whatsapp Sticker: Now Send Your Photo as Sticker, Learn How
How to Send pictures without losing quality on WhatsApp

But, surprisingly these screen recording apps are unable to record audio if you are on  VoIP calls like WhatsApp of Facebook. Then how to Record WhatsApp Video and Voice Call On Android and iOS.

I have tried several applications in order to check the recording WhatsApp call ability on Android and iOS both on different make and version. The application seems to work on most of the mobile including iOS and Android.

How to record WhatsApp Call with audio on Andriod

Recording VOIP calls such as WhatsApp is quite easy in Android. I am using Cube Call Recorder. However there are some specific mobile make and model which support and allow to record the WhatsApp calls with audio.

Before you proceed further I request you to check the list of supported phone which allow to record WhatsApp video calls with audio. If you phone is in the list you may proceed else you are out of luck. Still you can give it a try. 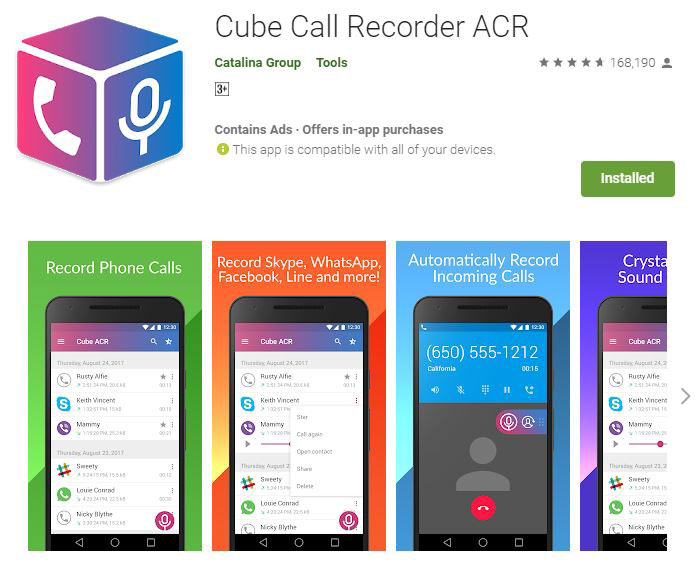 How to record WhatsApp Call with audio on iOS

The easiest way to record a WhatsApp voice call will require a Mac and an iPhone both .  Moreover, the iPhone cannot be your primary device. You will need a second phone — any platform that supports WhatsApp group voice calls — that has your WhatsApp account.