Love to listen to music on youtube but worried about keeping the screen always on? Now, You can listen to your music on Youtube while the screen is off and use Youtube as a standard music player. Stick to the article and you will come to know about all the possible methods to play Youtube music in background on Android and iOS.

There is a trick let you listen to music on youtube with screen off on Android and iOS, So that you get youtube to play in the background even your phone’s screen off.

YouTube is the most popular video platform on the internet. You can watch millions of videos and listen to your favorite music on YouTube. The only restriction is you can’t play YouTube in the background unless you have a YouTube red subscription. 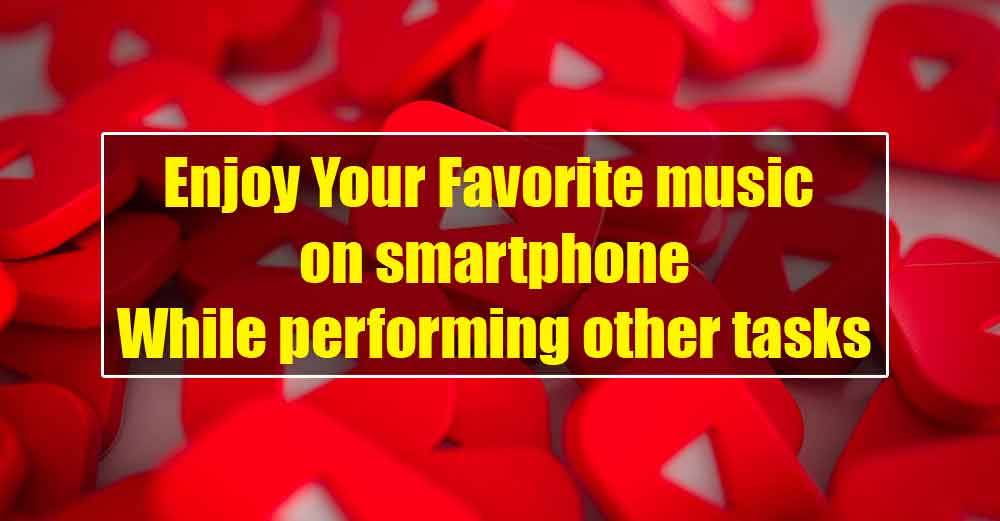 There are several other apps available on Playstore and Apple store which claim to play YouTube in background. Sadly, all these YouTube background play apps are useless and seem not to work.

It’s better to learn to play youtube in the background on your Android and iOS using your mobile built-in apps and features.

Play Youtube Video in background with Screen off on Android

However, Android phone like Galaxy Note 8, Redmi 7 pro and other phones have a split-screen feature which can play Youtube video while performing other tasks on your Android. But, this is not the complete background YouTube playback. Here, we are talking about playing YouTube while the mobile screen is off.

There is another way to enjoy YouTube in background. This is not a trick but a real experience I accidentally found while chatting on Telegram.

If you Don’t know about Telegram, Telegram is an instant messaging app like Whatsapp. Like WhatsApp you can use Telegram to chat, send video, Audio and files to your Contacts. 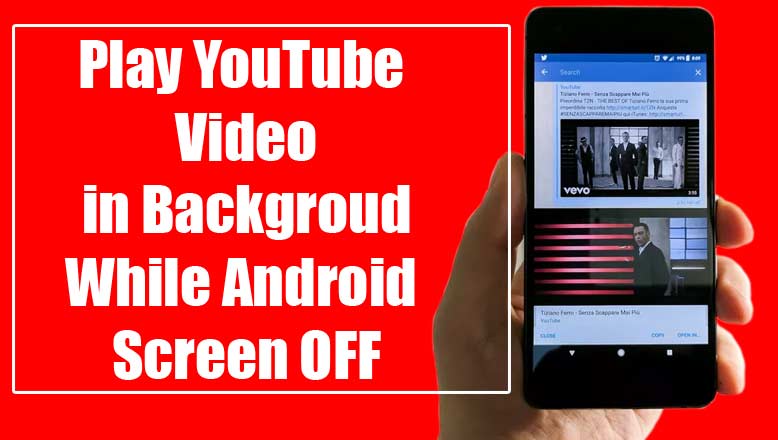 Getting back to the topic, talking about YouTube background play. So, I was chatting with my friend on Telegram and he sends me a YouTube video link. Telegram has a PIP-feature which lets you play the YouTube video, without opening the YouTube app. So, I played the video while chatting.

How to Send Large Video on WhatApp Chat

I accidentally locked my Android screen while the video was playing. I was surprised to see that the YouTube video was still playing even after the screen off situation.

Here is how can you use this feature to play YouTube video in the background and listen to music on YouTube while the Android screen is off.

This is the most efficient and easiest method to play YouTube in background. In this method, we shall be using the Firefox browser rather than the official YouTube App.

Step 4: Navigate to the video you want to listen and play the video.

Step 5: Now touch the three verticle dots on the right upper corner of the Firefox browser.

Step 6: Here click the checkbox “Request Desktop site“. Follow the steps as shown in the image below: 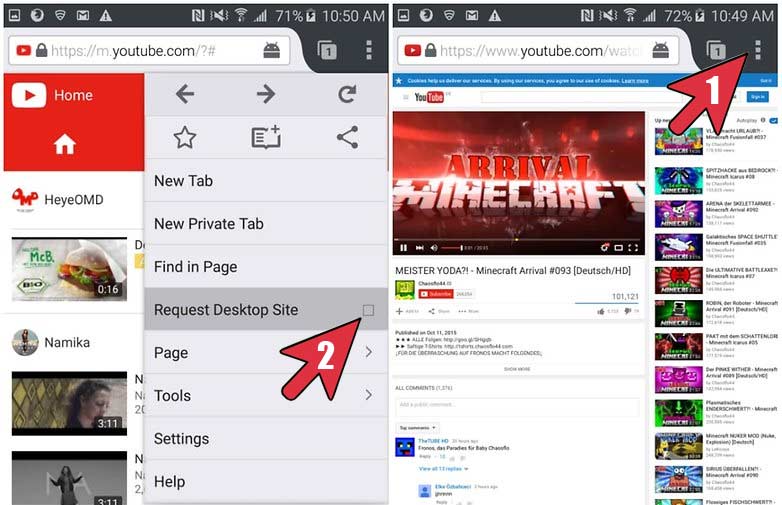 Now you can minimize the Firefox browser and enjoy the YouTube music while your screen is off. In addition, there are several other YouTube background play apps available on Playstore which let you play the YouTube video in background: NewPipe,  F-Droid, OGYouTube, and   YouTube Vanced are the name of few.

Play Youtube Video in background with Screen off on iOS 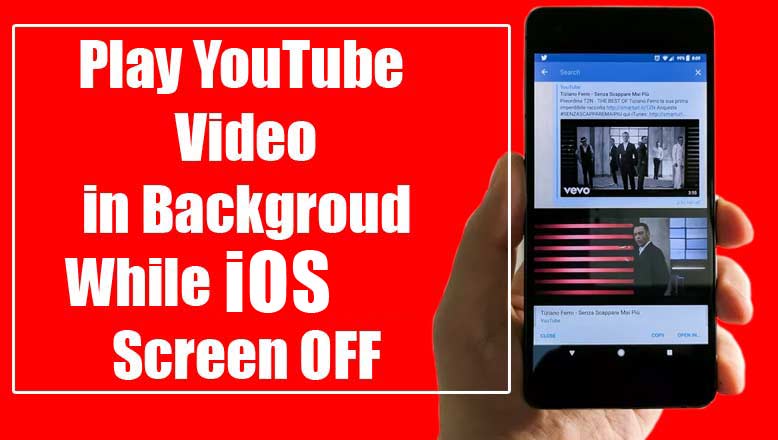 Step 3: Navigate the video you want to play in background.

Step 4: Now you may minimize the Dolphin browser while the video is playing.

Why Youtube doesn’t allow to play video in background?

Google earns money by serving adds on their different platforms. YouTube is the second-largest search engine in the world and hence the huge money generator for Google.

In such, Google wants you to watch the adds on your screen in order to get maximum user engagement to lure the advertiser. This restriction keeps the user from playing Youtube video in the background.

Listening to favorite music on Youtube is a rich experience but restriction towards background play keeps the user switching to other music streaming apps. However, a standard YouTube red paid subscription allows playing YouTube videos in background. But, it’s quite expensive and out of budget for me at least. So, I use the above-mentioned methods to enjoy my favorite music on youtube while my smartphone screen is off.