Facebook is again in news for suggesting teenage girls ranging 13 to 16 years , the profile of middle aged topless men profile as “People you may Know”

Facebook the Billion dollar Monopoly social Media Platform is reportedly suggesting teen girls ranging 13 to 16 years, the profile of middle aged men who are topless in their profiles picture.

According to report when a 13 to 16 year girls joins Facebook , they are displayed the profile of topless men aging 30+ to add as friend or “People you may know”

People You may Know section of Facebook, is a tool which suggests you the list of people you might be interested to be friend with. These suggestions are shorted on the basis of your Age, Sex, Location, Education, and all other factors. 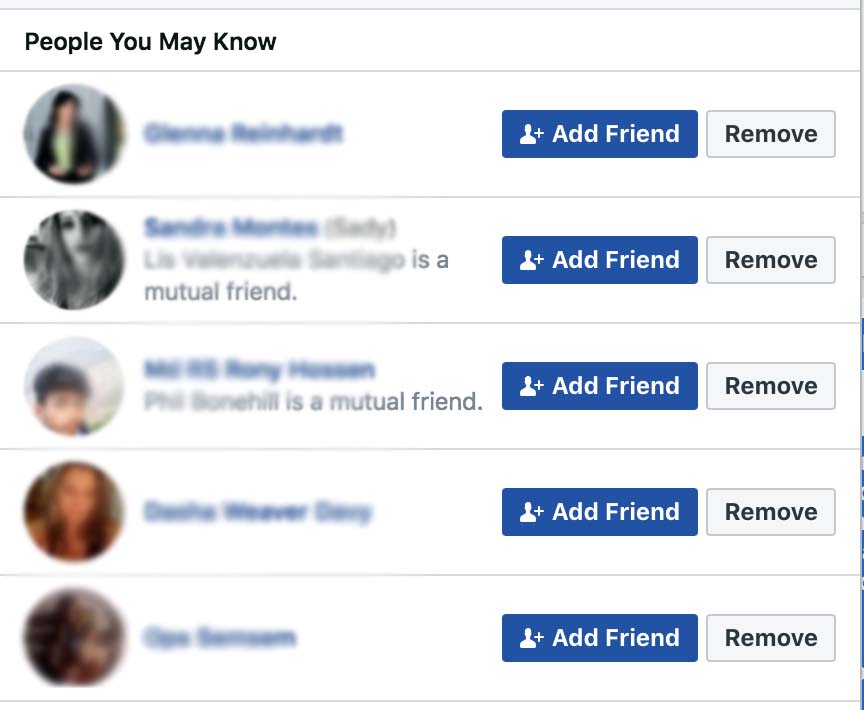 Recently Facebook in London has started showing the profiles of middle aged men to teen girls as Friend suggestion. Surprisingly most of these profiles had their profile picture in topless or semi naked position.
The report published in Telegraph on Sunday allegedly said that the girls as young as 14 years who join Facebook are given up to 300 friend suggestions whom they can add as their friend and the most of the suggested profiles had a semi-naked or topless photo set as the profiles picture.

Following the findings, UK-based charity the Society for the Prevention of Cruelty to Children (NSPCC) has called for friend recommendations to be suspended for children on the social networking giant’s platform.

This is a warning bell to all those parents who are having a kid in their house in this age frame. It is dangerous as these “groomers” are active online to lure teenage girls to get involved on live chat or video conversation over Social Media which make them prone to be the victim of Child abuse.

As social Media algorithm has failed to make the platform safe for girls and specially the teenagers, it has become easy for “groomers” to target such girls easily through ‘friend of friend’ or ‘follower recommendation’. Which is why the Home Secretary should take a strict steps to stop this.

“The company has safeguards to protect children. However, the campaigners warn that the networking giant must do more to stop groomers who use the site to become friendly with children”, Said Facebook.

In October, Facebook removed 8.7 million user images of child nudity with the help of previously undisclosed machine learning software that automatically flagged such photos during the last quarter.

For latest updates from Android , Windows and How-to Guides make sure to subscribe our newsletter by simply providing your Email-ID in the box below.